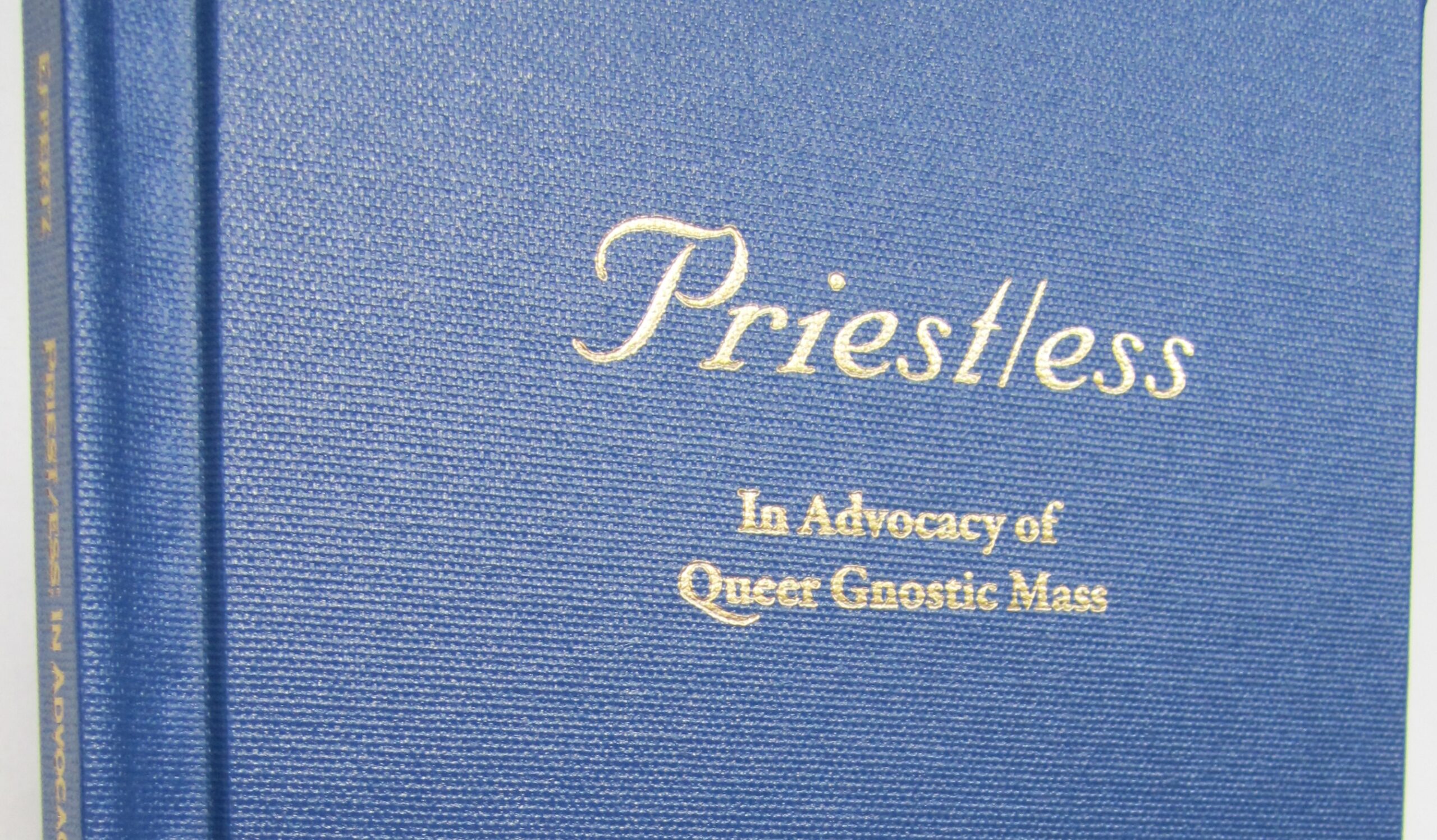 Priest/ess: In Advocacy of Queer Gnostic Mass by Michael Effertz is now available in its first public trade edition, comprising only 220 copies.

A thoughtful and well documented argument for the reformation of O.T.O. policy so as to facilitate queer celebrations of the Gnostic Mass of the E.C.G.

Priest/ess offers in-depth philosophical, magical, sociological and historical analyses of gender roles in the central ceremony of Ordo Templi Orientis (O.T.O.) with an aim toward motivating the reformation of O.T.O. policy to openly embrace queer celebrations of the Gnostic Mass. In addition to a series of original essays about gender and occultism, Priest/ess includes a robust and suggestive collection of citations from the source material, including the diaries of Aleister Crowley and the writings of Sabazius, current National Grand Master General of United States Grand Lodge O.T.O. all of which, when taken in total, bolster the legitimacy of the queer performances of the Gnostic Mass.

While Priest/ess directly addresses the O.T.O., its peerless exploration of gender and sexuality in the Gnostic Mass, specifically, and Thelema, generally, makes it an item of interest for Thelemites worldwide, as well as for those interested in gender, sexuality, magic, and occultism.

Updated Friday 23 June 2017: A PDF comprising the table of contents and foreword from Michael’s book is available from this site as a free download. Click here to download.

Treadwells has them in stock in case people want one but don’t want to pay Amazon shipping.