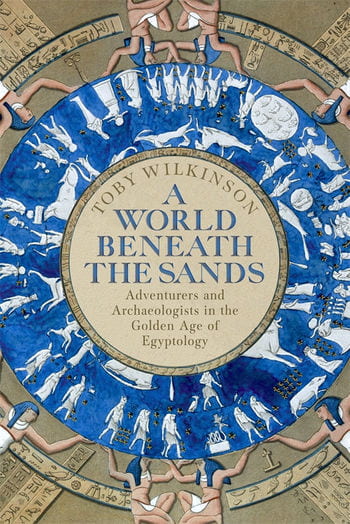 A really rather wonderful book, the latest by renowned expert Toby Wilkinson, A World Beneath The Sands is essential (and gripping) reading for anyone interested in the history of the Boulaq Museum, Brügsch, Maspero, Budge and the rest.

In the century between the decipherment of hieroglyphic writing and the discovery of Tutankhamun’s tomb, a series of remarkable men and women laboured to uncover the secrets of Egypt’s ancient civilisation. Famous figures like Champollion, Carter and Carnarvon were joined by lesser-known contemporaries, such as the Prussian scholar Richard Lepsius and the Frenchman Auguste Mariette. Their work helped to enrich and transform our understanding of the Nile Valley and its people, and left a lasting impression on Egypt, too. For, as the West rediscovered Egypt, so Egypt discovered itself. Travellers and treasure-hunters, ethnographers and epigraphers, antiquarians and archaeologists: whatever their motives, whatever their methods, all understood that in pursuing Egyptology they were part of a greater endeavour – to reveal a lost world, buried for centuries beneath the sands.

Thanks for this Paul. I’m going to read it. I would’ve already except that I read ‘Breaking The Mirror Of Heaven’ by two Egyptian authors which covers the same ground & takes it up to 2013 or so. I’m looking forward to a deeper dive.

Thanks Paul for the hint. I am not through yet, but a great book so far. And also for the other title, Horekhmat, sounds intriguing, ordered…