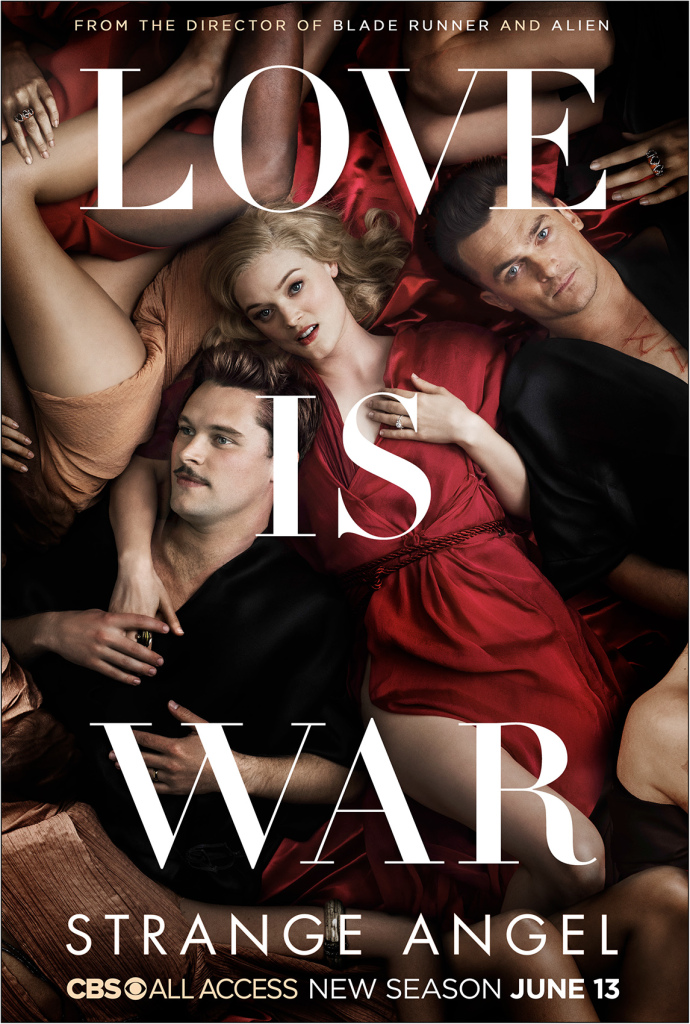 Latest news on Strange Angel. This time with an advert that can be viewed outside the United States…

Rupert Friend and Peter Mark Kendall co-star in Strange Angel, which returns for S2 on June 13. Created by Mark Heyman and based on George Pendle’s book, the series is produced by CBS Television Studios in association with Scott Free Productions. Heyman, David DiGilio, Ridley Scott and David W. Zucker serve as executive producers, with Clayton Krueger as co-executive producer.