The Boleskine House Foundation announced this evening it had taken ownership of another 3.5 hectares of property for £165,000. A former trustee William Banks, who had bought the land containing the old coach house and stables in his own name in 2019, agreed to the sale after giving the Foundation first right of refusal. Trustees Kyra and Keith Readdy are leading the effort to restore Boleskine House to its former glory. Previously the home of occultist Aleister Crowley and rock star Jimmy Page, it was acquired from Dutch owners last year after a devastating fire tore through the uninsured building in 2015. 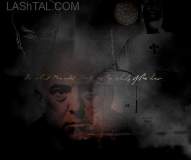