The CW is developing Weaveworld, a drama series based on the horror / fantasy novel by Clive Barker (Hellraiser). The genre writer-filmmaker is set to executive produce the project, written/executive… Read more » 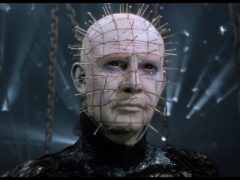 Clive Barker’s serious interest in Magick is well-documented and has, over the years, manifested in some extraordinary books and films of Thelemic interest: On this day in 1987, a British… Read more »

On 3 June 2004 I wrote the following in my Blog: I’ve heard a fascinating rumour from two separate sources about the involvement of Clive Barker in what could be… Read more »