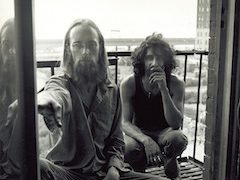 Coming 15 June from the incomparable James Wasserman: In The Center of the Fire… A stone’s throw away from the Velvet Underground and Andy Warhol’s Factory, William Burroughs’ “bunker,” and… Read more »