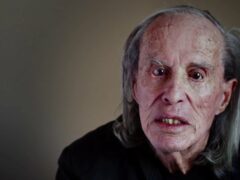 Good news regarding the availability of Curtis Harrington’s Night Tide (featuring Dennis Hopper). This from The New York Times: An upgrade also makes a dramatic difference with Night Tide, a… Read more »

Judith Noble (Arts University College, Bournemouth) Kenneth Anger is a legend of avant-garde film and a key figure in the counterculture and the late 1960s occult revival. Tonight, a leading… Read more »