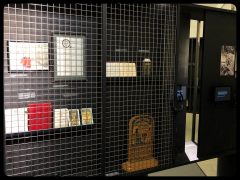 Thanks to William Thirteen… Do What Thou Wilt – The Search for Meaning in Stein 24.Nov.2017 – 18.March.2018 Appenzeller Volkskunde Museum, Stein, CH In the archive of the Swiss Canton… Read more »