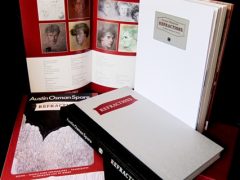 We are pleased to announce the publication of Refractions a fascinating collection of talk transcripts and new essays on Austin Osman Spare, with 300 images and 200 pages. This is the… Read more »