Brother Robert Buratti talks about creating the Art Guild of the Ordo Templi Orientis Australia.  The Art Guild brings together creative artists of all mediums to build awareness of Thelemic art.  The Guild is currently working with mainstream art venues such as museums and galleries to spread the 93 current.  To find out more, visit collective777.com!   Related Images: 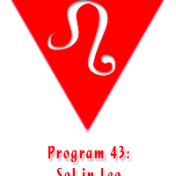 Speech in the Silence 43 is now available for download, featuring: “The Four Weapons of the True Magician pt. 1” by Fr. IAO131 Musical Interlude: “Headless Chicken” by The Shirts “The Integrated Magical Life pt. 2” by Lon DuQuette Musical Interlude: “Crowmance” by George Galvez “Living Thelema: The Book” with David Shoemaker Announcements and News about the Thelemic Community Speech… Read more »

What’s it like having your artwork hanging right next to Aleister Crowley’s?  Barry William Hale knows!  Hear him discuss this, looking for inspiration, and more! Barry William Hale has been described as an occult artist, but he is much more.  For example, as an outspoken member of the OTO, he is a forward thinking proponent for individual exploration, undoubtedly spurred on… Read more » 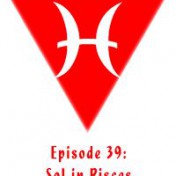 ‎Speech in the Silence is the official podcast of Blazing Star OTO. Program 39 is now available for download, featuring: “The Influence of Aleister Crowley on Kenneth Anger” by Christian Giudice Musical Interlude: “Who Are You” by Frater Oz Living Thelema with David Shoemaker: Qabalistic Coping Skills Musical Interlude: “Collective Stupidity” by Clock Ticks Late Announcements and News about the… Read more » 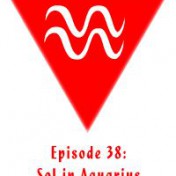 Speech in the Silence is the official podcast of Blazing Star Oasis, O.T.O. Episode 38 is now available for download at http://speechinthesilence.com/ In this episode: Lon DuQuette tells stories about O.T.O. in the late 1970s in his talk, “Survival: the First and Last Ordeal of Initiation.” David Shoemaker reads Aleister Crowley’s “The Message of the Master Therion.” A fresh recording… Read more »

Speech in the Silence is the official podcast of Blazing Star Oasis, O.T.O. Episode 37, the third anniversary episode of the podcast, is now available for download at http://speechinthesilence.com In this episode: Henrik Bodgan reads the Introduction from Aleister Crowley and Western Esotericism, the new anthology from Oxford University Press Brandon Jenkins offers two songs from his new album, due… Read more »

A Thelema NOW! favorite, Richard Kaczynski, discusses his latest book Forgotten Templars: The Untold Origin of Ordo Templi Orientis.  Chock full of juicy details – meticulously researched – this book would make a great stocking stuffer for anyone on your list.  Especially if they’ve been naughty.  Related Images:

Speech in the Silence is the Official Podcast of Blazing Star Oasis, O.T.O. Tune in to http://speechinthesilence.com for more information and to download. Please feel free to forward this message to anyone interested. In this episode: * “The Miracle of the Mass” part 8 (final), with Lon and Constance DuQuette. * Musical Interlude: “Baphomet Bass” by Schroff * Living Thelema:… Read more »

We’re happy to finally be announcing a new episode of Thelema NOW! Psychologist Brother David Shoemaker discusses editing the book The Kabbalah, Magick, and Thelema.  Selected Writings. Volume II which collects more writings from his late mentor Phyllis Seckler.  With correspondence between Ms Seckler and contemporary Thelemic pioneers, this book is a fascinating portrait of the the beginning of Thelema… Read more »