This from the rather excellent Zero Equals Two! website: Full size reproduction of Stele of Revealing, hand painted by very gifted Sister Agnieszka from Poland. They are made to order,… Read more »

May 28, 2016 The Alpha & Omega of Initiation: Aleister Crowley, Charles Stansfeld Jones and the Way of Duplexity 10-11:30 am On the heels of the remarkable 1914 Paris Working… Read more » 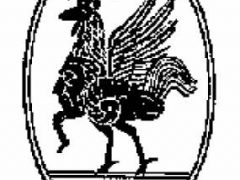 From Fr Aquila… It is with great pleasure that I announce the establishment of the first permanent temple of Ordo Templi Orientis in Western Australia. Our Lady BABALON Temple, located… Read more »

Speech in the Silence is the official podcast of Blazing Star OTO, and features audio content by initates of Ordo Templi Orientis. Program 60 is now available for download (link… Read more »

Speech in the Silence, the official podcast of Blazing Star Oasis, O.T.O., has released its 59th program, featuring: IMPORTANT ANNOUNCEMENT from the US Grand Lodge Man of Earth Delegates, with information specifically… Read more » 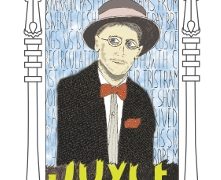 James Joyce a-plenty in issue #58 of BEHUTET, a magazine of Modern Thelemic Magick and Culture, from Thelesis Lodge O.T.O. Introduction from The Editors Death in Thelema Finnegans Wake: James Joyce and… Read more »

Speech in the Silence is the official podcast of Blazing Star Oasis, O.T.O. Program #55 is now available for download. Featuring: * “The Principle of Satan in Thelema” part 2… Read more »