Speech in the Silence is the official podcast of Blazing Star Oasis, O.T.O. Episode 37, the third anniversary episode of the podcast, is now available for download at http://speechinthesilence.com In… Read more » 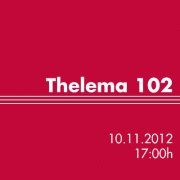 A group of Thelemic Enthusiasts, for the first time in Macedonia, are organizing a Lecture on Qabalah, Ceremonial Magick, Thelema and its sociological & artistic aspects. “Thelema 102” will be… Read more »

Speech in the Silence is the Official Podcast of Blazing Star Oasis, O.T.O. Tune in to http://speechinthesilence.com for more information and to download. Please feel free to forward this message… Read more »

I’ve had the enormous good fortune of reading an advance copy of Antti Balk’s superb new work, Balderdash: A Treatise on Ethics. From the book’s cover: God. The Devil. Santa… Read more »

One of Thelema NOW’s all time favorite guests is back.  James Wasserman gives us the lowdown on his book The Temple of Solomon: From Ancient Israel to Secret Societies.  Find… Read more »