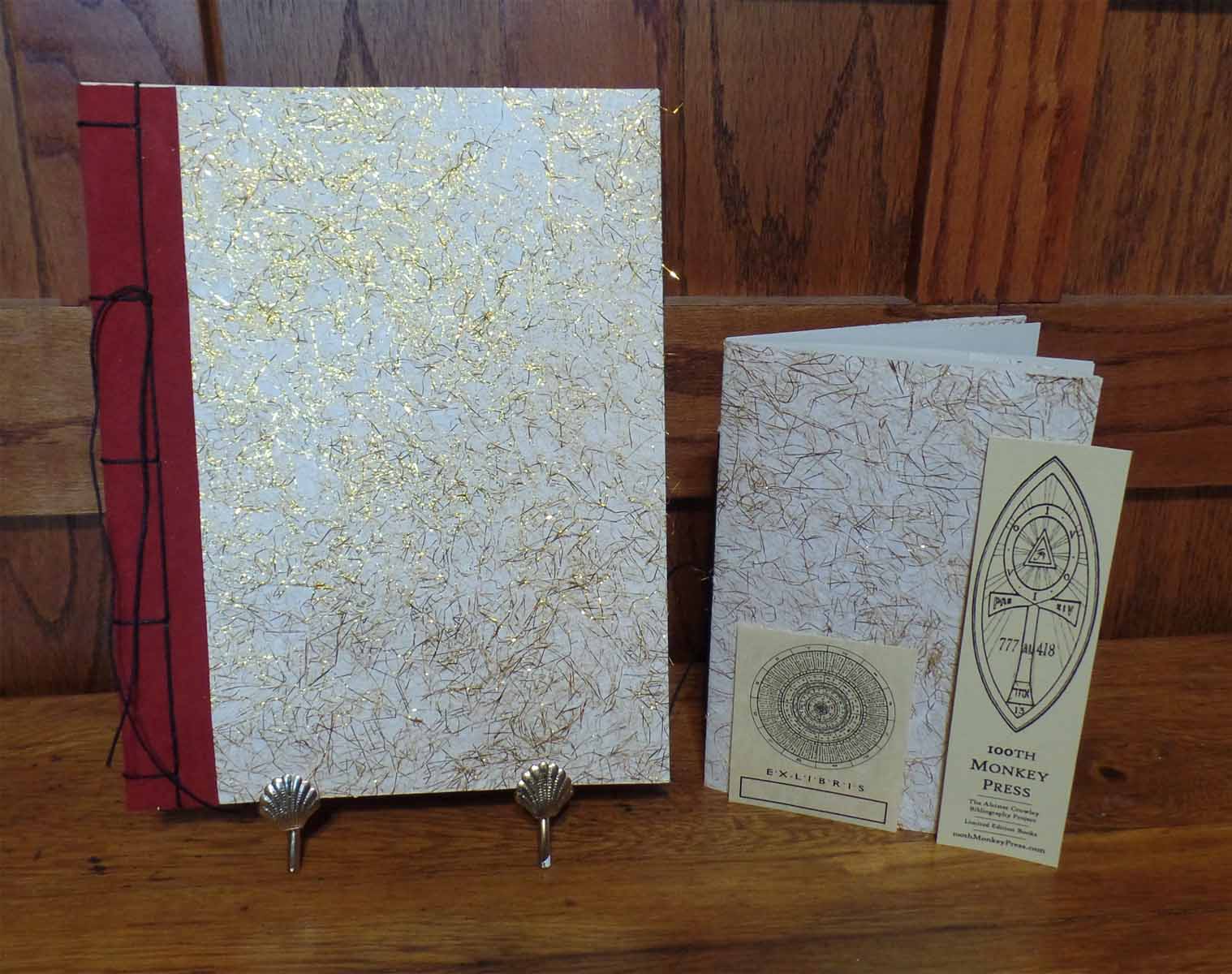 A limited hand-bound edition of a series of rare, hard to find, essays written by Frater Achad. Edition limited to 75 numbered copies.

In 1923 Frater Achad (Charles Stansfeld Jones) wrote a series of rare, hard to find, essays for the short-lived, Los Angeles magazine, Occult Press Review. He first became involved with the magazine with the February-March issue and continued his involvement throughout 1923. Besides contributing five articles to the magazine he also developed a new cover design and became a contributing editor. Some of the articles he contributed included “Gambling with the World” and “Initiation.” Rounding out this book are an additional two articles he provided in 1923 & 1924 to the British magazine, the Occult Review.

Each book is bound by hand and measures 8 1/2” x 11”. 55 pages. Printed in blue and black on acid-free, 24 lb. Royal Laid paper specifically chosen for this edition. Bound using a stab style binding with a soft, acid-free, wraparound white paper cover with gold threads. The spine is wrapped in a red faux suede material.

The book includes graphics of each of the original covers of the magazines containing Frater Achad’s articles. It also includes a graphic of his “Wheel of the Tarot.”

As an added bonus, each book comes with a 5 1/2” x 8 1/2” hand-bound copy of Frater Achad’s essay entitled “Thinking Backwards” bound in matching paper.

Included with each book is a handsome bookplate and bookmark.

I ordered this when first seeing the notice appear on LAShTAL. It arrived here at Starfire Towers this morning. Nicely printed on good quality paper, attractively bound, it consists of eight essays, some of which I’d seen before, others of which are new to me. I particularly look forward to reading ‘The Essence of the Practical Qabalah’, since in recent months I’ve become increasingly interested in Achad’s use of gematria. Noted that it arrived on 2nd April, 71 years after the Incoming of the Ma-Ion. I’m glad to have purchased this. It is number 61 of a edition limited to… Read more »

Just received mine this week. While I am not a big fan of fancy bindings, the contents are worthwhile. In particular, Achad’s essay “Thinking Backwards”, which describes an arcane method of meditation guaranteed to make your whites whiter and your brights brighter!