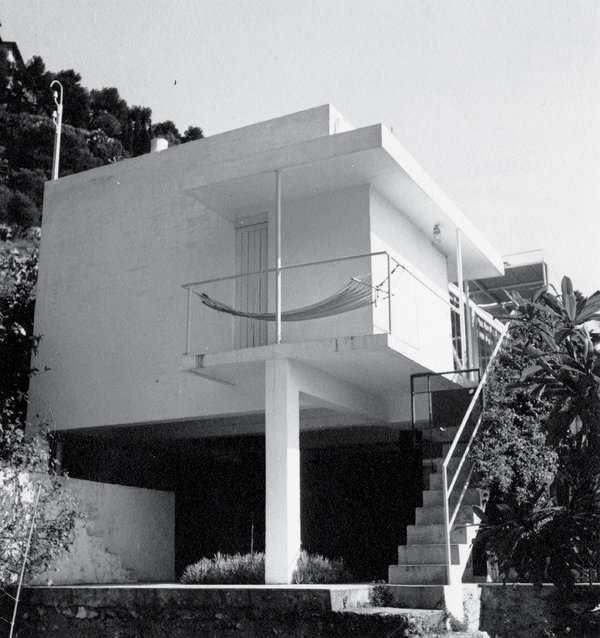 From the New York Times:

EILEEN GRAY WAS 51 YEARS OLD when she completed her first private residence. It was a white Modernist villa on a slope descending to the sea in Roquebrune-Cap-Martin, a small village on the Côte d’Azur. Her lover, the Romanian architect and editor of L’Architecture Vivante, Jean Badovici, was 36 when they moved in, in 1929. The house was situated between the train tracks and the beach, among rocks and pine trees with a view of the bay of Monaco. Seen from the sea, it resembles a white yacht anchored behind reddish rocks. In designing the house Gray adopted a number of precepts formulated by the architect Le Corbusier in the mid-1920s. The structure stands on thin stilts, the windows form a horizontal band. Badovici was a close friend of Le Corbusier, and Le Corbusier and Gray knew each other from Paris. She was nine years Le Corbusier’s senior and one of the best-known furniture designers of her time. But Gray was the darker of the two. She was a close friend of the occult celebrity Aleister Crowley and had an open affair with the singer Damia. The two women cruised the boulevards of Paris wearing Lanvin, a panther curled up in the back seat of their car.

Source: The House That Love Built — Before It Was Gone – The New York Times