The Nightmare Paintings: Aleister Crowley is a rare exhibition of original paintings and works on paper created by the artist during his period at the Abbey of Thelema in Cefalu Sicily, 1920 – 1923.

Previously exhibited as part of the Traces du Sacred exhibition at the Pompidou Centre and the Palais de Tokyo in Paris, it comprises work from Crowley’s three areas of focus: portraiture, landscape and magical or trance paintings, providing a rare glimpse into Crowley’s most active period as a painter and an insight into the unique ideas which have long remained ignored by the mainstream art establishment.

With curatorial support from Marco Pasi (Amsterdam University) and Giuseppe Di Liberti (Palermo University, Sicily), The Nightmare Paintings is presented in Australia by Buratti Fine Art and will tour Perth, Sydney and Melbourne. 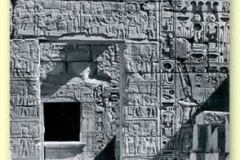