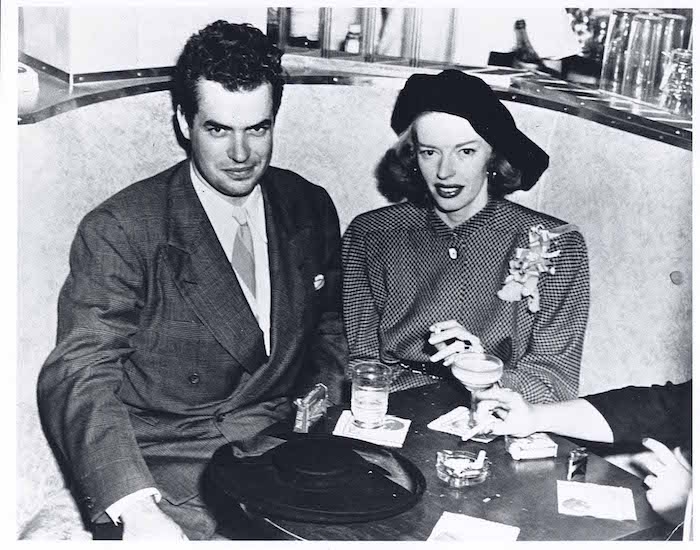 After the war, Cameron moved to the Los Angeles area to join her family, who had moved there in the interim. While at the unemployment office, Cameron ran into an old acquaintance who
asked her to drop by the house of a “mad scientist” that he wanted her to meet. That mad scientist was Jack Parsons, and his home was the Agape Lodge, which Cameron described as huge house that had supposedly been built by Anheuser-Busch. It was the U.S. outpost of the Ordo Tempi Orientis, a secret society run by Aleister Crowley (1875-1947). Parsons and Cameron instantly fell in love, spending two straight weeks together holed up inside the “lodge” in Parsons’ bed, which he claimed once belonged to Cardinal Borgia. Soon, the pair were married in a civil ceremony on October 19, 1946 in San Juan Capistrano.Not long before his wedding to Cameron, Parsons had begun associating with science-fiction writers, who were, as Cameron explained, “rather bemused over the occult connection.” L. Ron Hubbard, who later founded Scientology, was one of them. “He and Hubbard had been doing this invocation, and I had walked in.” Parsons and Hubbard later had a falling out, and the exact nature of the secret ritual in which Cameron unwittingly took part continues to be shrouded in mystery, as secret rituals tend to be.