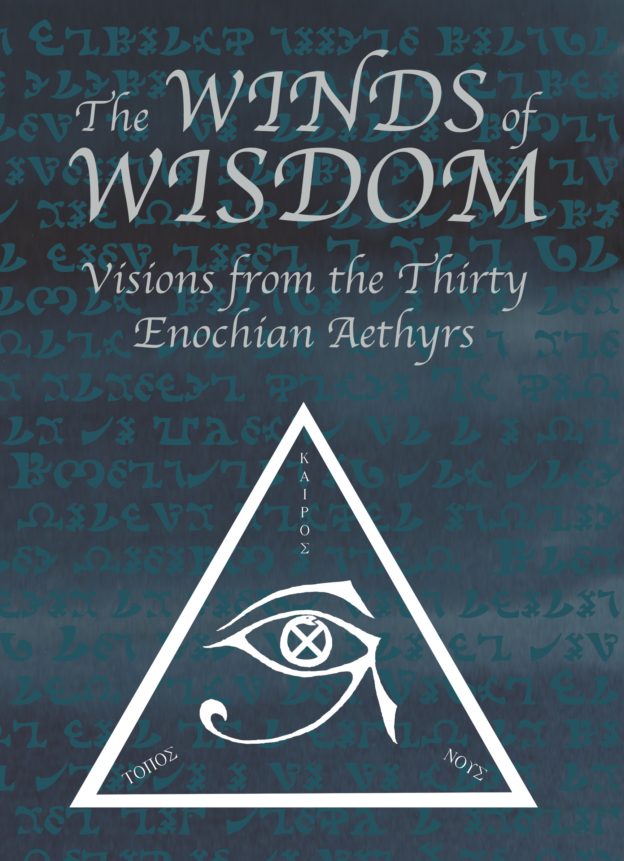 Advanced notice from Nephilim Press of a new book by Dr David Shoemaker: The Winds Of Wisdom…

The book contains a complete record of Dr Shoemaker’s scrying of the Thirty Enochian Aethyrs from 2007-2011, as well as a practical methodology section with recommended procedures for those wishing to explore the Aethyrs themselves.

The system of Enochian magick, discovered and developed by John Dee and Edward Kelley in the 1500s, has fascinated ritual magicians for centuries. Enochian magick played a prominent role in the Hermetic Order of the Golden Dawn and its successors, and Aleister Crowley attained many of his greatest mystical insights and initiatory successes using the system.

In this modern application of the approach known as ‘scrying the Aethyrs,’ noted magician, psychologist, teacher, and Thelemite Dr David Shoemaker presents his visionary experiences with the Aethyrs, as well as a practical approach to obtaining your own visions. This book is an essential text for anyone interested in the Enochian system.

[box] An endorsement by Lon Milo DuQuette, author of ‘Enochian Vision Magick’ and many other titles: ‘Dr. Shoemaker is not only a mature and competent practitioner of Enochian magical techniques, but is also possessed with the eloquence and insight to share what is “shareable” of his intensely personal journey. My highest recommendation.'[/box]

‘The Winds of Wisdom’, coming in a limited hardcover edition (500 copies) in late September from Nephilim Press.

Source: The Winds of Wisdom: Visions from the Thirty Enochian Aethyrs

1 comment on “The Winds of Wisdom: Visions from the Thirty Enochian Aethyrs”