O.T.O. is filing suit in U.S. Federal Court against U.S. Games Systems, and perhaps others, over the Thoth Tarot Deck.

Years ago O.T.O. licensed the Thoth Tarot to AGMüller (whose assets are now part of Königsfurt Urania, a division of Carta Mundi, the world’s largest card producer). In an attempt (clearly misguided in retrospect) to “make room” in the deal for U.S. Games, who had long published the deck under an arrangement with Samuel Weiser dating from the days when the deck was public domain in the U.S.A., we set up the deal to let U.S. Games continue in North America, supplied with the decks by AGMüller, with U.S. Games executing a separate license with O.T.O.—the U.S. copyright to the Thoth Tarot had by then been restored, in 1996. We concluded our contract with AGMüller for world distribution less North America. The “set-aside” of North America to accomodate U.S. Games gave rise to a last-minute clause in our contract with AGMüller that allowed AGMüller to ship decks to U.S. Games royalty unpaid—it being understood that U.S. Games would take care of its royalty obligations for North American English sales through the separate contract that they were expected to conclude with O.T.O. To my surprise and dismay U.S. Games then refused to sign the contract—or even discuss the contract any longer; and this was the contract that O.T.O. had negotiated hard with AGMüller to get for U.S. Games. Sadly, this loophole in our AGMüller contract has been exploited ever since, to the detriment of both copyright owners of the Thoth Tarot. The grand total paid to the copyright owners for North American English language deck sales (by far the largest market in the world) has been exactly zero.

Incidentally, don’t believe what you read in some places on the Internet about Thoth Tarot copyright terms—these rights don’t expire anytime soon. If memory serves, they run until end of 2039 (first authorized publication in 1944 + the 95 year extended US term) in America, and they run until end of 2032 in Europe (the life of Lady Harris, the last co-creator to die, in 1962, plus 70 years).

This distorted rights situation has also kept the color-corrected new edition of the Thoth Tarot Deck off the market in English—U.S. Games insists on selling the absurd “three-Magician” version of the deck, with its over-saturated colors that are nothing like the original paintings. Around 2007, O.T.O. went to considerable trouble and expense—with very supportive assistance from AGMüller and the Yorke Collection curators—to digitally rephotograph the deck in high resolution, using a (rented!) $100,000 Phase One camera. We even did the typsetting and layout for the new deck in multiple languages, including English, for free—all in the interests of finally getting a version out that would meet Crowley’s and Lady Harris’ exacting standards. We’ve been very disappointed—thus far, it has only appeared in German.

I have compared this printing of the deck to the original paintings, and it is almost perfect. The original paintings have not faded over time, as some have claimed (the originals have always been protected from light, barring brief exhibitions, and are stable Winsor and Newton pigments). The problem is that prior printings have been simply negligent about color correction—which was admittedly harder in the pre-digital era—and in some cases, colors have been “pushed” to get an effect the publisher likes. Matching the subtlety of the paintings themselves is much harder, but clearly worthwhile.

With this litigation, we fully expect a typical American-style defense strategy that seeks to pit their considerable financial resources against ours. We’re veterans of this sort of asymmetrical fighting, and have prevailed against much larger opponents more than once. Having prepared thoroughly for the case, both legally and financially, we are confident of winning.

But we do want to ask for your support. If it offends your sensibilites that our shared legacy in the Thoth Tarot (one of the crowning achievements of Crowley’s life’s work) is being squandered and demeaned artistically against the creator’s and the estates’ wishes in this cynical manner—as it offends mine—please donate to the O.T.O. Legal Fund, and please be generous. We very much wish to conclude this as quickly and economically as possible, without hampering other ongoing O.T.O. projects.

Donations to the O.T.O. Legal Fund can be sent via Paypal to legal_fund@oto.org, or by check to Ordo Templi Orientis, Treasurer General, 24881 Alicia Parkway, Suite E-529, Laguna Hills, CA 92653 USA.

In other legal news, O.T.O. now has in-house counsel in its New York office, with a very qualified intellectual property attorney and member looking after our licensing. We now have the ability to handle smaller litigations entirely in-house in any state.

Announcement by Hymenaeus Beta – reproduced with the author’s permission from http://oto.org/news0413.html 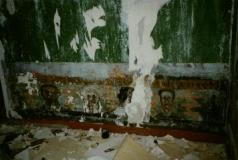