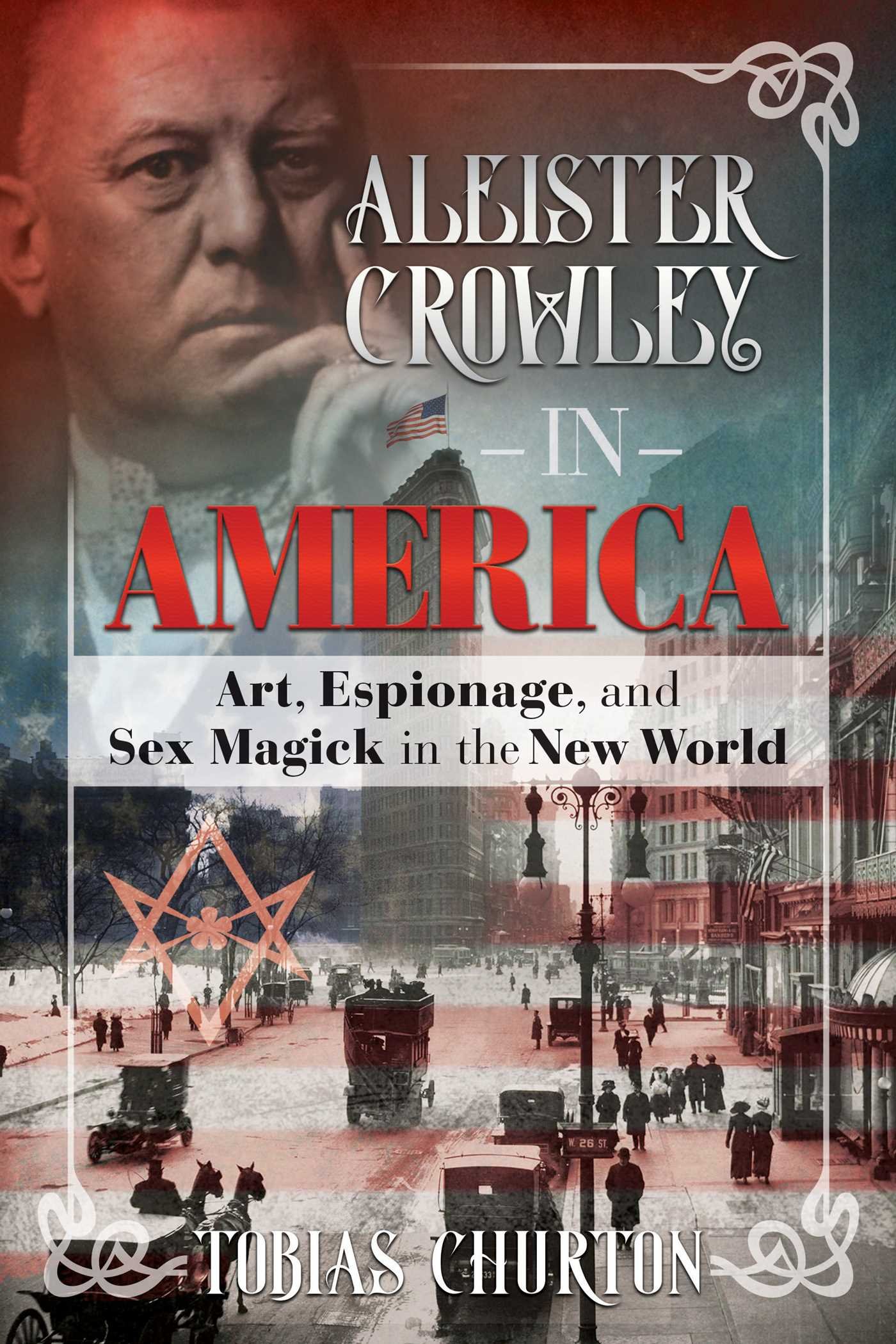 Pre-announcement of Tobias Churton’s latest volume of Aleister Crowley’s biography, due from Inner Traditions in December 2017.

Aleister Crowley in America: Art, Espionage, and Sex Magick in the New World by Tobias Churton

An exploration of Crowley’s relationship with the United States

Occultist, magician, poet, painter, and writer Aleister Crowley’s three sojourns in America sealed both his notoriety and his lasting influence. Using previously unpublished diaries and letters, Tobias Churton traces Crowley’s extensive travels through America and his quest to implant a new magical and spiritual consciousness in the United States, while working to undermine Germany’s propaganda campaign to keep the United States out of World War I.

Masterfully recreating turn-of-the-century America in all its startling strangeness, Churton explains how Crowley arrived in New York amid dramatic circumstances in 1900. After other travels, in 1914 Crowley returned to the U.S. and stayed for five years: turbulent years that changed him, the world, and the face of occultism forever. Diving deeply into Crowley’s 5-year stay, we meet artists, writers, spies, and government agents as we uncover Crowley’s complex work for British and U.S. intelligence agencies. Exploring Crowley’s involvement with the birth of the Greenwich Village radical art scene, we discover his relations with writers Sinclair Lewis and Theodore Dreiser and artists John Butler Yeats, Leon Engers Kennedy, and Robert Winthrop Chanler while living and lecturing on now-vanished “Genius Row.” We experience his love affairs and share Crowley’s hard times in New Orleans and his return to health, magical dynamism, and the most colorful sex life in America. We examine his controversial political stunts, his role in the sinking of the passenger ship Lusitania, his making of the “Elixir of Life” in 1915, his psychedelic experimentation, his prolific literary achievements, and his run-in with Detroit Freemasonry. We also witness Crowley’s influence on Scientology founder L. Ron Hubbard and rocket fuel genius Jack Parsons. We learn why J. Edgar Hoover wouldn’t let Crowley back in the country and why the FBI raided Crowley’s organization in LA.

Offering a 20th-century history of the occult movement in the United States, Churton shows how Crowley’s U.S. visits laid the groundwork for the establishment of his syncretic “religion” of Thelema and the now flourishing OTO, as well as how Crowley’s final wish was to have his ashes scattered in the Hamptons.