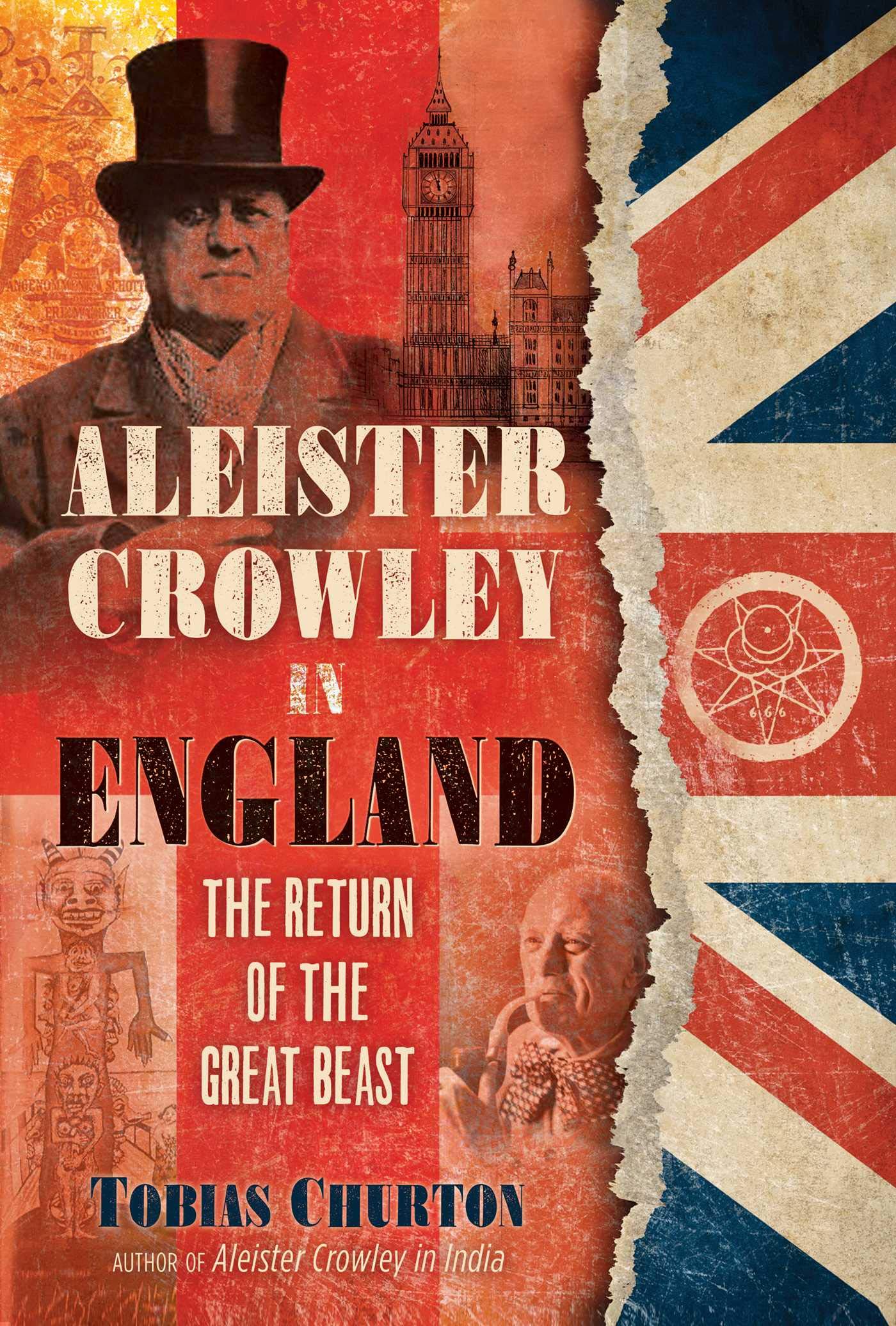 Advanced notice of the latest in Tobias Churton’s biographies of Aleister Crowley, due for publication by Inner Traditions in December 2021. Aleister Crowley in England: The Return of the Great Beast is available for pre-order from Amazon. 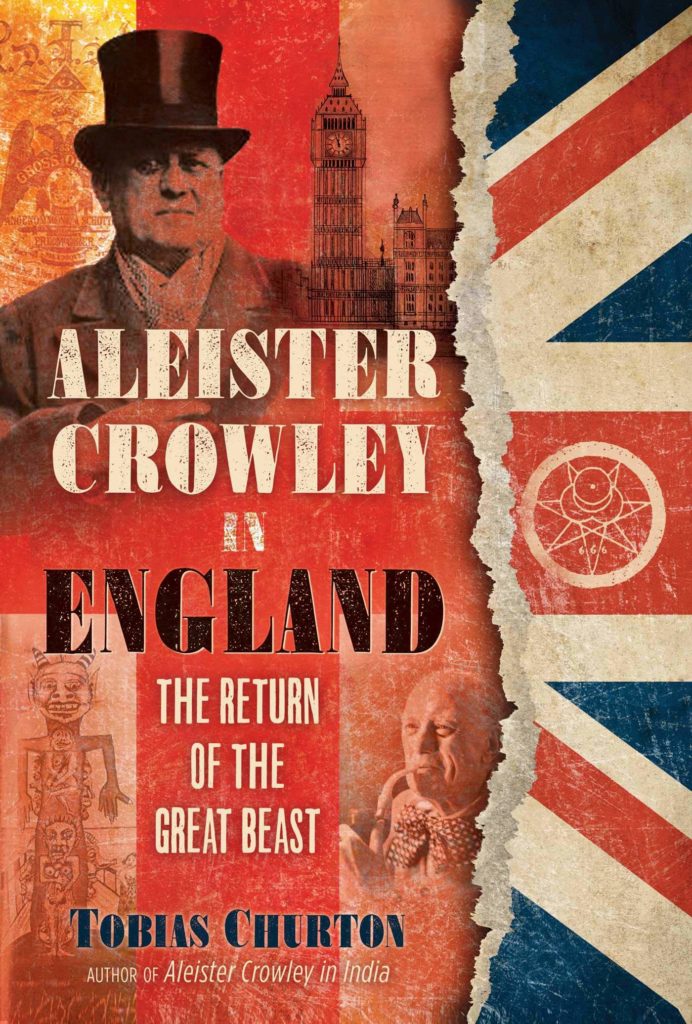 After an extraordinary life of magical workings, occult fame, and artistic pursuits around the globe, Aleister Crowley was forced to spend the last fifteen years of his life in his native England, nearly penniless. Much less examined than his early years, this final period of the Beast’s life was just as filled with sex magick, espionage, romance, transatlantic conflict, and extreme behavior.

Drawing on previously unpublished diaries and letters, Tobias Churton provides the first detailed treatment of the final years of Crowley’s life, from 1932 to 1947. He opens with Crowley’s nick-of-time escape from the Nazi takeover in Germany and his return home to England, flat broke. Churton offers extensive confirmation of Crowley’s work as a secret operative for MI5 and explores how Crowley saw World War II as the turning point for the “New Aeon.” He examines Crowley’s notorious 1934 London trial, which resulted in his bankruptcy, and shares inside stories of Crowley’s relations with Californian O.T.O. followers, including rocket-fuel specialist Jack Parsons, and his attempt to take over H. Spencer Lewis’s Rosicrucian Order. The author reveals Crowley’s sex magick relations in London and his contacts with spiritual leaders of the time, including Dion Fortune and Wicca founder Gerald Gardner. He examines Crowley’s dealings with artists such as Dylan Thomas, Alfred Hitchcock, Augustus John, Peter Warlock, and Peter Brooks and dispels the accusations that Crowley was racist, exploring his work with lifelong friend, black equality activist Nancy Cunard.

Churton also examines the development of Crowley’s later publications such as Magick without Tears as well as his articles in reaction to the Nazi Gestapo who was actively persecuting his remaining followers in Germany. Presenting an intimate and compelling study of Crowley in middle and old age, Churton shows how the Beast still wields a wand-like power to delight and astonish.

Excellent news! Just in time-for the next Christmas lockdown.

Preordered. Been waiting for this. Tobias said in an interview that this will be the last one. He has already done more for the scholarship surrounding AC than most, & if ‘this is it’ then so mote it be, but I can’t help but think that a volume devoted to The Mediterranean & Environs would really be the capstone to his AC adventure series.

I will be getting this in hopes of new drops of information and anecdotes, but I do have to parrot would I said in the forums, that the scholarship is good, but these series are so dry its almost like reading citations for the most part.

I’ve preordered a copy and am look forward to reading it, especially His last days in Hastings, where I have travelled to a few times over the years.

I was wondering, how many books have Tobias Churton written about Crowley.
The ones I have read are very good. They must be a sizeable box set.

The last couple books I’ve opted for the hardcover. Should have it soon. It was delayed. I could write a review, but then I’ve been thinking that I’d need to review the whole series, & of course now Tobias has announced that there will be another book after this! I get you, though, in that it’s weird there is not more discussion here over this. I concluded that many of the forum haven’t actually read the books! It’s an extraordinary situation. I mean Richard T Cole simply has to fart & they rush in with pages upon pages arguing with… Read more »