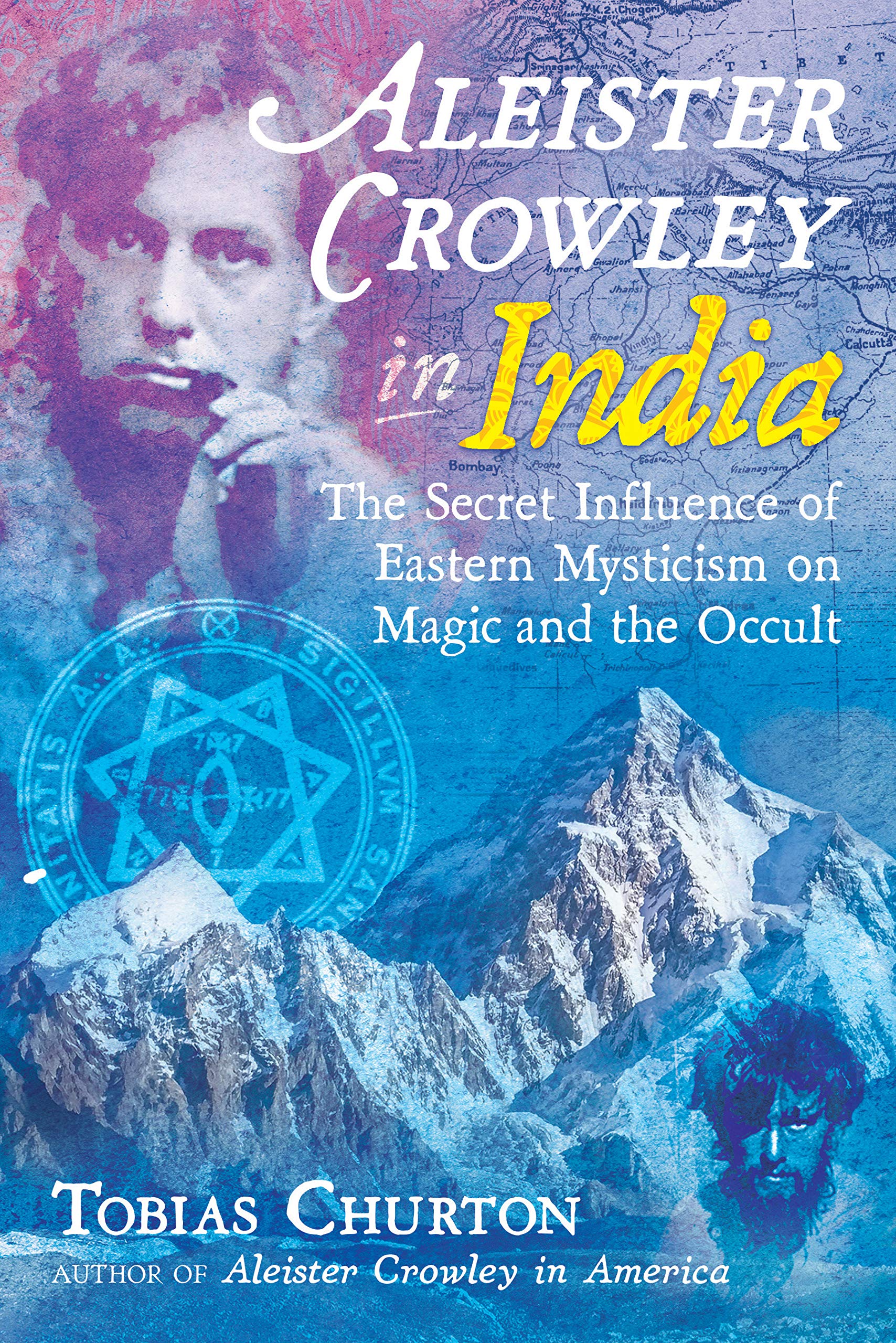 Amazon have announced the planned publication in December 2019 of the latest in Tobias Churton’s series of biographies: Aleister Crowley in India: The Secret Influence of Eastern Mysticism on Magic and the Occult.

Follow Aleister Crowley through his mystical travels in India, which profoundly influenced his magical system as well as the larger occult world

– Shares excerpts from Crowley’s unpublished diaries and details his travels in India, Burma, and Sri Lanka from 1901 to 1906

– Reveals how Crowley incorporated what he learned in India–jnana yoga, Vedantist, Tantric, and Buddhist philosophy–into his own school of Magick

– Explores the world of Theosophy, yogis, Hindu traditions, and the first Buddhist sangha to the West as well as the first pioneering expeditions to K2 and Kangchenjunga in 1901 and 1905

Early in life, Aleister Crowley’s dissociation from fundamentalist Christianity led him toward esoteric and magical spirituality. In 1901, he made the first of three voyages to the Indian subcontinent, searching for deeper knowledge and experience. His religious and magical system, Thelema, shows clear influence of his thorough experimental absorption in Indian mystical practices.

Sharing excerpts from Crowley’s unpublished diaries, Tobias Churton tells the true story of Crowley’s adventures in India from 1901 to 1906, culminating in his first experience of the supreme trance of jnana (“gnostic”) yoga, Samadhi: divine union. Churton shows how Vedantist and Advaitist philosophies, Hindu religious practices, yoga, and Mahayana and Theravada Buddhism informed Crowley’s spiritual system and reveals how he built on Madame Blavatsky and Henry Steel Olcott’s prior work in India. Churton illuminates links between these beliefs and ancient Gnostic systems and shows how they informed the O.T.O. system through Franz Hartmann and Theodor Reuss.

Churton explores Crowley’s early breakthrough in consciousness research with a Dhyana trance in Sri Lanka, becoming a devotee of Shiva and Bhavani, fierce avatar of the goddess Parvati. Recounting Crowley’s travels to the temples of Madurai, Anuradhapura, and Benares, Churton looks at the gurus of yoga and astrology Crowley met, while revealing his adventures with British architect, Edward Thornton. Churton also details Crowley’s mountaineering feats in India, including the record-breaking attempt on Chogo Ri (K2) in 1902 and the Kangchenjunga disaster of 1905.

Revealing how Crowley incorporated what he learned in India into his own school of Magick, including an extensive look at his theory of correspondences, the symbology of 777, and the Thelemic synthesis, Churton sheds light on one of the most profoundly mystical periods in Crowley’s life as well as how it influenced the larger occult world.

Tobi’s gonna keep mining that vein til the gold gives out!

Ordered. Tobias is the best. Yes he is guilty of ‘hero worship’, but if you are reading this comment then you are too!

At least somehow someone is putting out unpublished exercerpts of AC’s diaries; Churton’s books are quite good. Beast in Berlin and AC in America highly reccomended.
The way he manages to weave the other personages around AC’s life and explain their relevance to him, as well as to explain their and AC’s relevance to current events of the period, and history is really well done.

There was less about magick and mysticism in AC in America than I would have expected though.

While I appreciate his efforts to bring AC to the public and his enthusiasm for the work, I find his writing style disagreeable, his citations lacking, and his conclusions slapdash. I prefer the efforts of Marco Pasi, Henrik Bogdan, Richard Kaczynski and other, perhaps more thoughtful, academics. But, of course, that doesn’t prevent me from purchasing & reading (painful as that is) Churton’s works, nor from recommending them to those who I believe will enjoy them.

Nicely stated. I would only add that he’s an unbridled AC apologist as well. Barring output, he’s Kaczynski’s inferior every other way.

Yes, as for “perhaps more thoughtful, academics”, the end of this yotube-video from the Workshop Thosophical Appropriations, held at Ben-Gurion University of the Negev in 2013, contains interesting information about Sri Sabhapati Swami (https://en.wikipedia.org/wiki/Sri_Sabhapati_Swami): https://www.youtube.com/watch?v=x4Rsjq0BdUI&list=PLT1AcFHfC_XZZ6G2Vr5FdW90cdAT5QPC8&index=3 – – – The Integration of the Chakras into Theosophy -Karl BAIER “Keith E. Cantú, a doctoral student in Religious Studies (South Asian religions with an additional emphasis in European medieval studies)”, provides more about Crowley and Sri Sabhapati Swami (from 14 minutes within) in the following youtube-video: https://www.youtube.com/watch?v=Vnrak1JyEmM – – – HGR Episode 6: Keith Cantú […] Hieros Gamos Published on 14 Mar 2018… Read more »

From the advance notice of this book: “Churton shows how Vedantist and Advaitist philosophies, Hindu religious practices, yoga, and Mahayana and Theravada Buddhism informed Crowley’s spiritual system . . .” On the face of it, Advaita might be considered a key component in Crowley’s “spiritual system”, particularly in the formulation 0=2. However, Crowley’s attitude to Advaita was a curious one: for instance, from Letter Five of ‘Magick without Tears’:, speaking of what he termed “The Monist (or Advaitist) school”: “It seems to me that this doctrine is based upon a sorites of doubtful validity. To tell you the hideously shameful… Read more »

I believe that a young Kenneth Grant was working as Crowley’s secretary at the time of the writing of the letters that became ‘Magick Without Tears”.? Perhaps. if so, then Crowley poke at Advaita might have something to do with conversations between the two.

I agree, Crowley’s attitude, in that quote is sad, but of course it is one of Mr. Grant’s great contributions concerned the relevant inclusion of the subject of
Advaita as relates to Thelemic occultism.

‘Macick without Tears’ was largely finished when Grant met Crowley for the first time in December 1944. He undertook to have the typescript copied for Crowley. Grant spent a weekend at ‘Netherwood’ a few weeks prior to his engagement as Secretary, and spent some time studying the Letters then. At this time (1945) I think that Grant knew little of Advaita. He wasn’t really aware of Ramana Maharshi until a few months after his death, when he heard a programme broadcast on the BBC Home Service in the summer of 1950, ‘The Sage of Arunachala’. His interest in Advaita grew… Read more »

Mr Staley, ~ Thanks for the note it is nice to have clarification regarding Mr. Grant and the writing of “Magick without Tears” As regards speculation that Grant was not familiar with Advaita in 1945, I would have to concur, for thinking about this question, of Crowley’s attitude towards Advaita, I was wondering about how well know it was at this time. My thoughts were about what books were floating about on this subject? Today their is a derisive label that is given as a prefix to Advaita, referring to the spawn of Ramana Maharshi as Neo-Advaita. Typhonians might defer… Read more »

You’re acknowledged once again Paul!:
“…Other helpful sources of ideas and information include LAShTAL, the remarkable website of the Aleister Crowley Society, run so ably by Paul Feazy…” 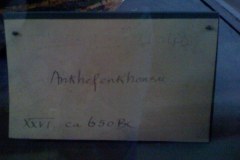