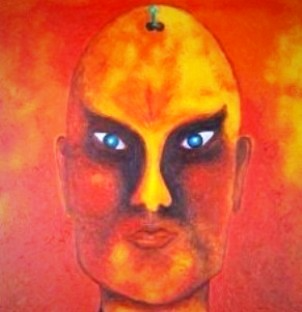 In 1920 Aleister Crowley and his magical partner Leah Hirsig established the Abbey of Thelema at Cefalù, in Sicily. Here they undertook taboo-breaking magical experiments, including rites involving eating faeces. This lecture reveals this previously-unexplored side of Crowley’s magic, telling a story which raises questions about taboo and purity in ceremonial magic, but equally — gender,  ideals of womanhood and the idea of the Scarlet Woman. The workings probed the boundaries of selfhood, subjectivity and taboo, and insights can be drawn from Mary Douglas’ work on purity and taboo and Georges Bataille’s writing on the negative paths to mystical ecstasy.

This lecture is for all with an interest in taboo-breaking magical experiments, in the history of modern occultism, or in the career of Aleister Crowley.

Georgian van Raalte is a doctoral student at the University of Surrey; she holds a Masters in Western Esotericism from University of Amsterdam. Author of numerous articles, she has presented at academic conferences in Latvia, Germany, Amsterdam and the UK. She is an active member of the O.T.O. and an affiliate member of the Academia O.T.O. group.