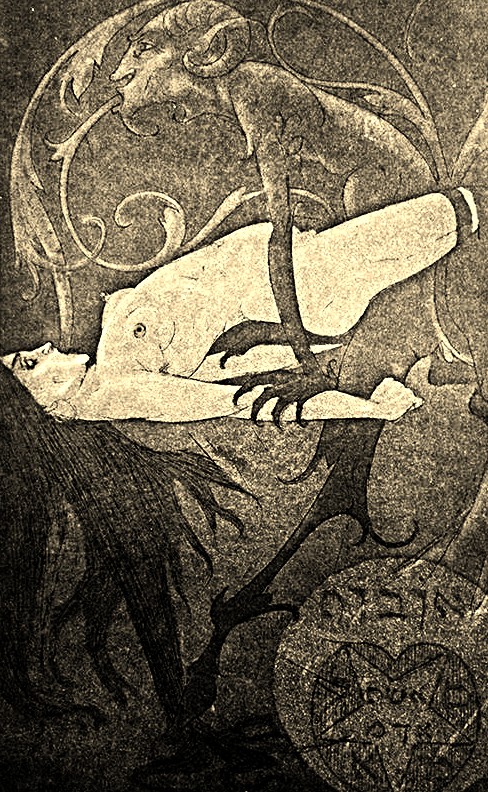 The notorious priest Abbé Joseph-Antoine Boullan was known a bogeyman among 19th century Paris occultists who misrepresented his unique erotic Catholicism. In his lifetime, Boullan went from a rising star within the church of Rome to a defrocked priest running a heretical ministry  in which sex was sacrament, Women were consecrated bishops, and preparations were made for a coming age of Luciferian feminine power.   He inspired JK Huysmans, Michael Bertiaux, Maria de Naglowaska and others; tonight we will look at the life, work, and impact of this most fascinating figure, and at hisspiritual partner, the mysterious Julie Thibault. Madeleine Le Despencer is a visual artist and author  whose interests focus on French Decadents, grimoires, traditional witchcraft, and Spiritualism. Image from private collection of M S Le Despencer.