The documentary film, Bight of the Twin, will have its world premiere at Rubin Museum of Art in NYC on July 15th, 2016 at 7 pm. The premiere is in conjunction with Genesis P-Orridge‘s ongoing exhibition at the Rubin Museum, Try to Altar Everything.

The July 15th film premiere will be a part of a special evening with Psychic TV3 in concert.

Bight of the Twin tells the story of Genesis Breyer P-Orridge and the Los Angeles-based artist and filmmaker Hazel Hill McCarthy III’s journey to Ouidah in Benin to explore the origins of the Vodoun (Voodoo) religion.

For more information on the event or to purchase tickets visit: http://rubinmuseum.org/events/event/bight-of-the-twin-07-15-2016 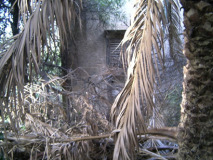