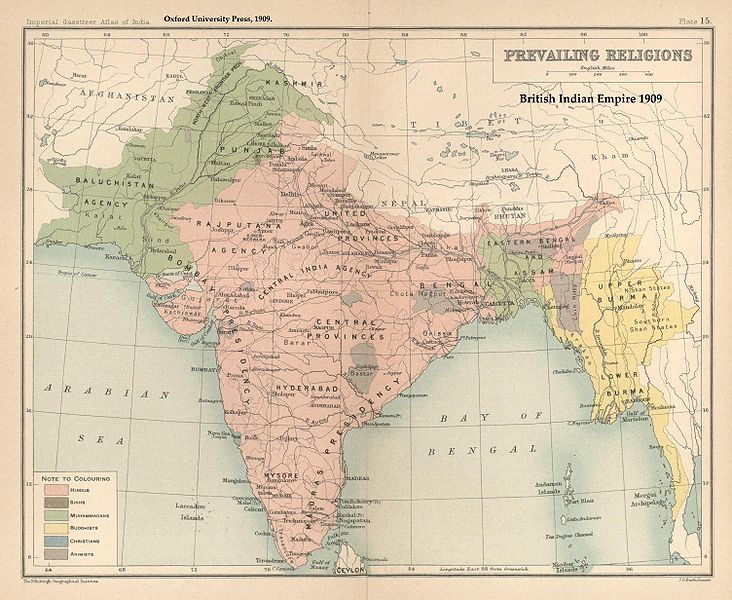 Map "Prevailing Religions of the British Indian Empire, 1909" from the Imperial Gazetteer of India, Oxford University Press, 1909. Scanned from personal copy and annotated by me (Fowler&fowler«Talk» 04:16, 19 March 2007 (UTC)) Key:

Click on a date/time to view the file as it appeared at that time.

The following page uses this file: