A creed is a statement of belief—usually religious belief—or faith. The word derives from the Latin credo for "I believe". The creed of Ecclesia Gnostica Catholica—also known as the Gnostic Creed—is recited in the Gnostic Mass, during the Ceremony of the Introit. 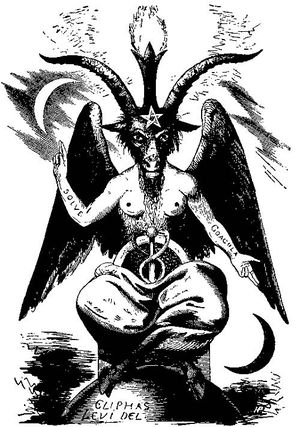 The text of the Creed is as follows:

I believe in one secret and ineffable LORD; and in one Star in the Company of Stars of whose fire we are created, and to which we shall return; and in one Father of Life, Mystery of Mystery, in His name CHAOS, the sole viceregent of the Sun upon the Earth; and in one Air the nourisher of all that breathes.

And I believe in one Earth, the Mother of us all, and in one Womb wherein all men are begotten, and wherein they shall rest, Mystery of Mystery, in Her name BABALON.

And I believe in the Serpent and the Lion, Mystery of Mystery, in His name BAPHOMET.

And I believe in one Gnostic and Catholic Church of Light, Life, Love and Liberty, the Word of whose Law is THELEMA.

And I believe in the communion of Saints.

And, forasmuch as meat and drink are transmuted in us daily into spiritual substance, I believe in the Miracle of the Mass.

And I confess one Baptism of Wisdom whereby we accomplish the Miracle of Incarnation.

And I confess my life one, individual, and eternal that was, and is, and is to come.

Explication of the Creed

The first six articles profess several beliefs by the congregants. The remaining two are confessions. The Creed ends with the Thelemic form of the Pranava, equivilent to the sacred Vedic syllable "Aum" or to the “Amen” of the the Judaeo-Christian tradition. On the basic form of the Creed, Sabazius and Helena (1998) write:

The first 4 clauses are attributed to the four letters of Tetragrammaton YHVH: the Father (Chaos); the Mother (Babalon); the Union of Father and Mother in the Son (Baphomet); and the Daughter, the Bride of the Son (the Church). The two following clauses describe the essential products of the Mass from the perspective of the congregation. The final two clauses are in the form of confession rather than belief and describe parallels between the occurrences in the Mass and the life of the individual.

The six articles of belief in the Creed can also be seen as corresponding with certain elements in the Gnostic Mass: