Israel Regardie and the Hermetic Order of the Golden Dawn.
Used and Rare Books. (Part II)

Welcome to this, the one-hundred-and-twenty-sixth of our on-line catalogues. This catalogue is the second of two devoted to the Hermetic Order of the Golden Dawn, as well as various of its offshoots including the Independent and Rectified Order R.R. et A.C., the Fellowship of the Rosy Cross, and the Stella Matutina. The catalogue also includes a good selection of works by one of the most famous initiates of the Stella Matutina, Israel Regardie, whose experience within that Order led to the publication of his landmark compilation, The Golden Dawn, An Account of the Teachings, Rites, and Ceremonies of the Hermetic Order of the Golden Dawn, and was reflected in many of his own writings.

The majority of the books are from the library of a well-known English book-collector who is downsizing due to chronic lack of shelf (and floor) space. The collection includes many of the standard studies of the Golden Dawn, historical, theoretical and practical, by a variety of well-known authors including R. A. Gilbert, Ellic Howe, R. A. Torrens, Chic & Tabatha Cicero, Darcy Kuntz, Pat Zalewski, and others, as well as various works by members of the original Order. Aside from mostly being in pristine condition, the books are distinguished by the fact that many are signed or inscribed by their authors or editors. 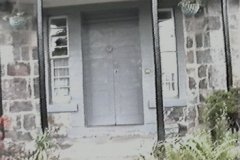