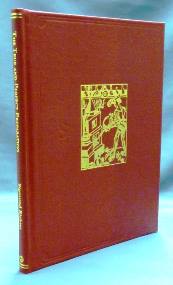 Edited and Introduced by Dr R A Gilbert

The first English language publication of this Alchemical / Rosicrucian work by Sigmund Richter that was originally published in Breslau in 1710. In appearance the work is very much that of an alchemical textbook, describing (in the symbolic / chemical terminology of the spagyrical adept) a series of operations which culminate in the creation of the Philosopher’s Stone and “all that is necessary to the Work Ordinis Minoris and Majoris.”

As described by the editor, Dr R A Gilbert, “The book has two distinct but related concerns. First, it sets out the stages by which the Brothers of the [Roscicrucian] Order can succeed in preparing, making and applying the Philosopher’s Stone, but at the same time it presents a sub-text that guides the brethren into a realisation that there is a more subtle purpose to the text. It is also a guide to a parallel, spiritual change that takes place within the practitioner as he progresses with his task: material transmutation is accompanied by spiritual regeneration.”

For one week only copies will be available at the discounted prices shown above and each copy will be signed as described.

Launch shipping Rates for up to THREE books!:

As always we will do our best to keep the cost of shipping down when we process your order. If ordering several books through our website it will suggest a shipping charge – this is an automatic function that reflects the maximum you will be charged.

The shipping charge will be reduced when we process your order.

Place your order direct via our secure website at: