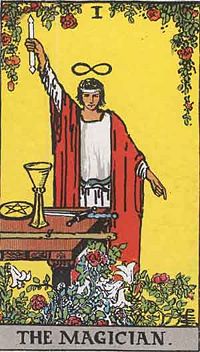 When Aleister Crowley became interested in occultism, his first textbook was Waite's Book of Black Magic and Pacts, and he wrote to the author for advice. Waite counseled Crowley to read Eckarthausen's The Cloud upon the Sanctuary, which was instrumental in forming Crowley's ideals regarding occult orders.

Many years later, after Crowley and Waite had been peers in the Golden Dawn, Crowley subjected Waite to numerous scathing reviews in The Equinox, often with the fictitious pretense that Waite was Crowley's "disciple." Crowley even went so far as to publish an obituary for the still-living Waite.