My sincere thanks to a very good friend of this site for an account of a visit to the Xul Solar and Jorge Luis Borges: The Art of Friendship exhibition which continues until July 20 at the Americas Society, 680 Park Avenue, at 68th Street in New York:

Crowley features prominently in the show — a display case spreads out the five or so pages of his “diagnosis” for Xul Solar to assist him in finding his true will, and setting his task, which was to systematically scry the 64 hexagrams of the I Ching (this took him years to accomplish but he eventually completed them, and they have been published recently in Argentina).

Some say that Xul Solar did not continue as a Thelemite, but this is not true — he was in fact, in my opinion, Crowley’s single most successful magical student. And his well-read Magick in Theory and Practice was by his bedside at his death (where it is still kept today — though it is now out on loan to this show).

AC’s commentary to AL I:37 summarizes what Xul Solar did beautifully…

The Equinox and Book 4 are full of instructions on all these matters in great detail, and the student must make them his guide.

But I feel bound to observe that they must be studied merely as classics, just as a musician studies Bach and others. He cannot compose by copying or combining their works; they serve him only as indications of the art of expression. He must master the technique, theory and practice, of music, till the general principles are absorbed, and he has command of the language, to use it to express his Will.

So with Magick; the student must understand and assimilate the basic propositions, and he must be expert in the drill of the practical details.

But that is merely ground-work: he must then conceive his own expression, and execute it in his own style. Each star is unique, and each orbit apart; indeed, that is the corner-stone of my teaching, to have no standard goals or standard ways, no orthodoxies and no codes. […]

Anyone visiting — or thinking of visiting — New York should make a point of seeing this show, which explores his lifelong relationship with Borges. It travels to Phoenix later in the year. 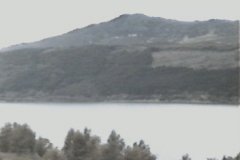